Coffee Shop-Office Hybrids: The Workplace of the Future? by FAST COMPANY™

"It is not a coffee shop, it is not an office. But if you are a mobile worker, it is something much better than both things together."

BY SUZANNE LABARRE by FAST C

More people are working remotely than ever before, which is bad news for coffee shops. Once the province of college students and stoned poets, suddenly they’re teeming with everyone from copywriters to pushy corporate types willing to raise fisticuffs over a free electrical outlet. What’s a cafe owner to do?
You could ban laptops — the favored route of New York coffee houses nowadays — or you could make the cafe more conducive to work. That’s the approach atUrban Station in Buenos Aires’s hipsterish Palermo Soho district. With copious desks, conference rooms, and electrical outlets in spades, the place feels like a trendy workplace that happens to serve coffee and croissants. From the company press release: “It is not a coffee shop, it is not an office. But if you are a mobile worker, it is something much better than both things together.”
So how does Urban Station make money? It rents desks. We don’t know the exact pricetag but they tell us it’s “less than a promotional breakfast in any Palermo bar.” The conventional wisdom is that charging for anything in a cafe is a bad idea; that people won’t even pay for wireless, let alone a seat. Urban Station’s trick is to throw in a raft of perks: Wi-Fi channels; food and drink included in the cost of the hour; printers; fax machines; scanners; lockers; and even a couple of bikes you can bang around on when you need a break.
There’s a real and growing market for this sort of thing. Seventeen million to 26 million people work remotely at least some of the time depending on how you calculate it. And the figure will only swell as companies look to cut costs and workers increasingly eschew desktop computers for mobile technology. Freelancers and part-timers already spend hundreds of dollars a month — or more — on co-work spaces. Urban Station’s the same idea, but with free food.
One quibble: The design, while cheery, feels a tad unpolished. (A green futon with purple earplug tables? This is not a Deee-Lite music video, people.) Corporations are always prettying their offices, then holding them up as company billboards; if Urban Station is going to be the workplace of the future, it might wanna do the same. 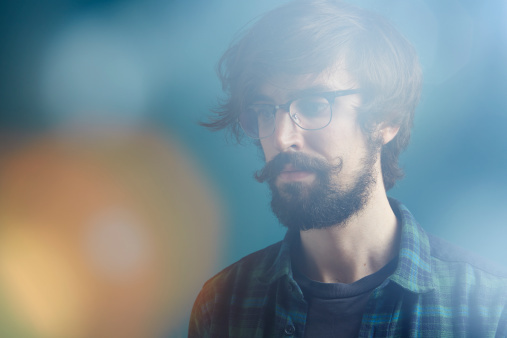 Coffee Shop-Office Hybrids: The Workplace of the Future? by FAST COMPANY™ 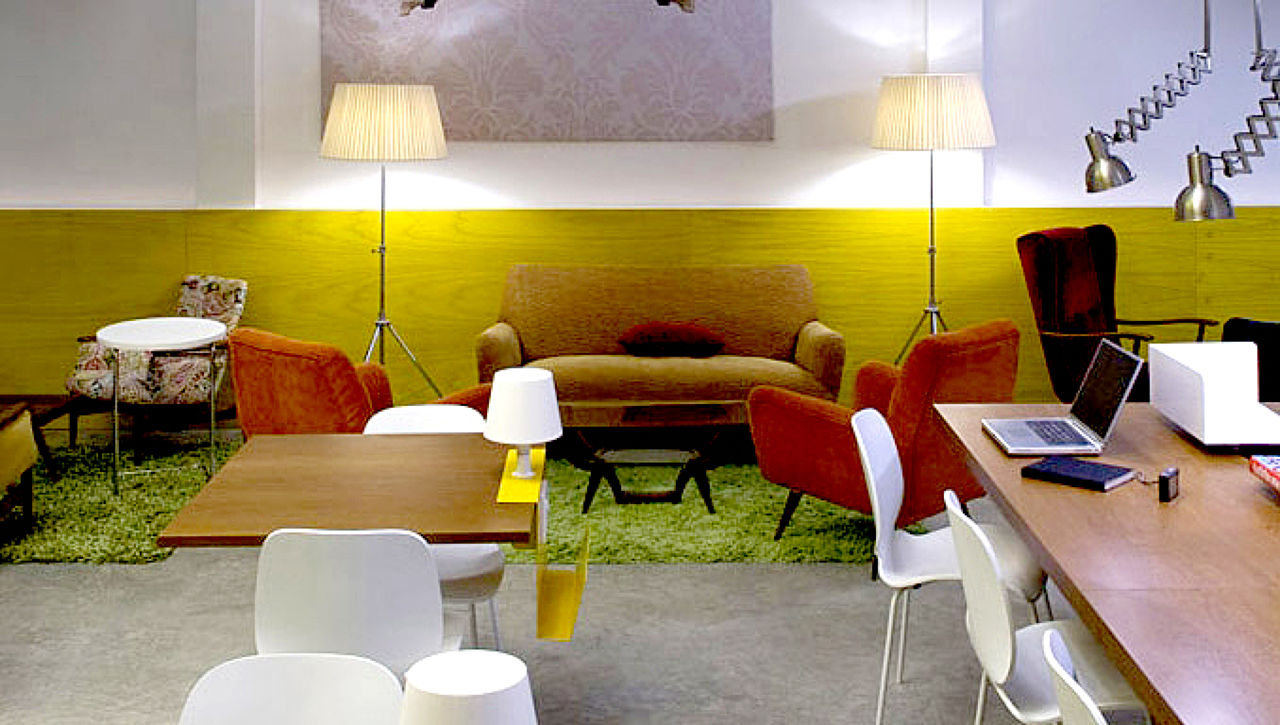